What are Councils of GovernmentS?

Councils of Governments (COGs) are voluntary associations that represent member local governments, mainly cities and counties, that seek to provide cooperative planning, coordination, and technical assistance on issues of mutual concern that cross jurisdictional lines. In this sense, COGs serve to develop consensus on many issues that need to be addressed in a subregional or regional context. If properly structured, COG duties complement and do not duplicate jurisdictional activities, and serve to unify jurisdictions and agencies on matters of mutual concern, but independent of the responsibilities traditionally exercised by the individual members within their own communities.

Jurisdictions typically agree to form COGs following discussion and negotiation on common goals and objectives, which are usually consummated by execution of a Joint Powers Agreement (JPA). In most cases, adoption of a JPA is specifically authorized by state law. In the case of California, JPA authority is granted under Section 6500 et. seq. of the Government Code.

Download a printable copy of the, "What Are Councils of Government" resource (PDF).

Most COGs in California display common organizational characteristics. These include voting membership by participating jurisdictions through an Executive Committee or Board of Directors. Representation can be along the lines of "one member-one vote" weighted deferentially based on population or other growth-related parameters, or otherwise determined based on agency/membership representation and/or affiliation.

Other common features of COGs include a variety of policy committee and support task forces or groups which focus on specific issues of concern. Most COGs engage in considerable coordination with member local governments, as well as other special purpose regional, state and federal agencies. To support this intergovernmental coordination, COGs typically enter into Memorandums of Understanding (MOUs) with affected agencies.

A major factor in understanding the rationale behind COGs pertains to the legal and fiscal context in which they developed. Councils of Government came into prominence during the 1960s after a series of Congressional mandates promoted area wide planning and coordination. This began first in the transportation area, but was soon followed by a regional approach to such issues as air and water quality, waste management, housing and community development and growth forecasts.

These mandates were typically mirrored by supporting state statutes, and carried with them substantial funding support. COGs were supported by federal and state grant funds designed to target specific goals, but frequently also leaving COGs with some discretion on how such money might best be allocated. Today most COGs, particularly in larger urban or metropolitan areas, are still largely dependent on funding from state and federal sources. 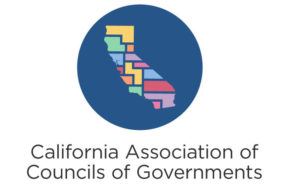